December 20, 2021 eHangar's CrowdFunding campaign is now "LIVE"! Please support eHangar by being a subscriber of one of our membership packages - your contribution will allow us to speed up eHangar's development into the Aviation Social Network you want and deserve! Thank you! To participate, please go to https://ehangar.com/membership/choose-plan
PrimeTop01 PrimeAdSpot02
Northrop Grumman B-2 Spirit: An Illustrated History (Schiffer Military/Aviation History) 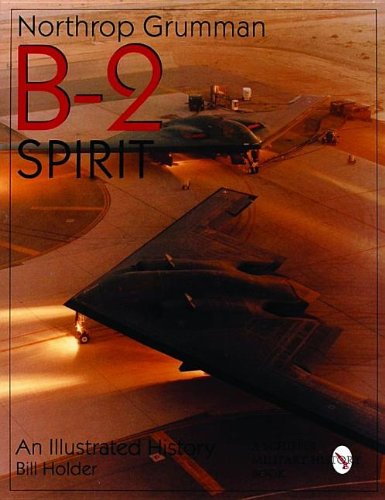 It has been called the most amazing and unbelievable aircraft of the 20th century. One look at the bat-like lines of the USAFs stealthy B-2 Spirit bomber quickly confirms this. But that futuristic shape has lineage back to the 1940s when the Northrop Company designed and built the B-35 and B-49 models aircraft that closely resembled this 1990s flying wing version. Granted, the B-2 development program has had to endure a rocky road, but it is now here, and even though in smaller numbers than many desired, it will still present a formidable presence in the 21st century.