December 20, 2021 eHangar's CrowdFunding campaign is now "LIVE"! Please support eHangar by being a subscriber of one of our membership packages - your contribution will allow us to speed up eHangar's development into the Aviation Social Network you want and deserve! Thank you! To participate, please go to https://ehangar.com/membership/choose-plan
PrimeTop01 PrimeAdSpot02
Aircraft of the Aces: Legends of the Skies (General Aviation) 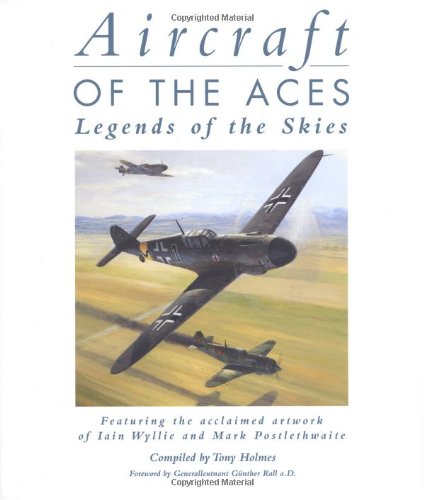 Following the enormous success of Aircraft of the Aces: Legends of World War 2, this book celebrates the achievements of some of the worlds most remarkable Aces. Thirty full-colour paintings from Osprey's best selling Aircraft of the Aces series have been reproduced here for the first time, and new text by Aircraft of the Aces series editor Tony Holmes introduces the ace pilot featured in each painting and describes the action depicted. From World War I to Vietnam, this gripping and visually spectacular volume brings together some of the greatest and most daring feats in the history of military flight. Colour aircraft profiles and aircraft specifications complete each one of the book's thirty chapters.