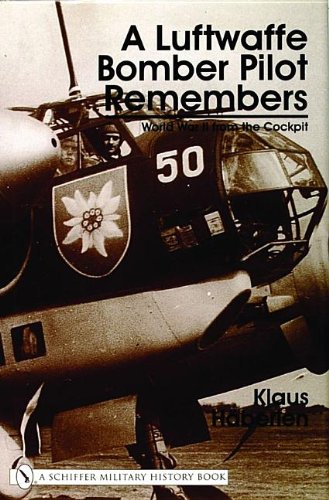 A Luftwaffe Bomber Pilot Remembers is a bomber pilot's story from his early life prior to the ascension of the Nazi Party to power in Germany, his education and rise through the ranks of the Luftwaffe as a decorated bomber pilot, and even through his demotion at the hands of Goring late in the war. Also covered are Haeberlen's tribulations in a prisoner of war camp run by the Allies, and his success in post war Germany as a businessman. This book offers a unique first person perspective on the development of the war and its effect on those that were not in the highest realms of power.